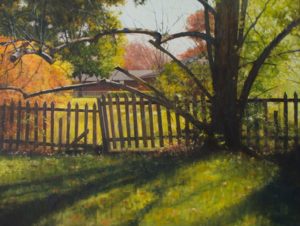 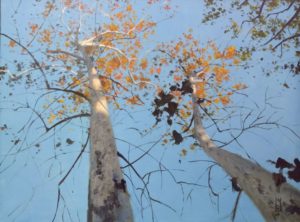 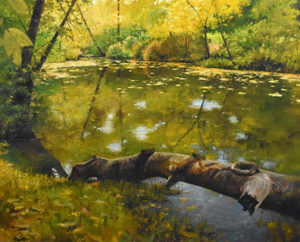 ABOUT STEVEN WALKER:
“ I didn’t come from a family of artists, I wasn’t top of my class or win a lot of awards but I’ve always had a strong work ethic and the passion to work on my craft.”
Born in Myrtle Beach, South Carolina and raised in Richmond, Virginia he discovered his love for art at a very early age. With little interest in anything else, Steven took the next big step towards his pursuit of a career in art when he earned his bachelor’s degree in fine arts at Virginia Commonwealth University. He would later earn his masters in fine arts from Marywood University, where he also met his wife/ fellow artist Evelyn.
Instant success was not in the cards as Steven continued showing at a string of coffee shops, libraries and other businesses.Eventually his hard work paid off with a few local awards that soon caught the attention of two gallery owners. Since his venture into gallery life, his landscapes have been well received by collectors as his paintings are part of several private collections such as Airstream Inc., Hilton Hotels, the Boy Scouts of America, Dominion Resources, Virginia State Department, the National Parks Service, the Columbus Convention Center and the United States Air Force.
Since going full time as an artist in 2008, Steven has been included in several local and national juried competitions including the Oil Painters of America Eastern Regional show (Award of Excellence), Richeson 75 Landscape Competition, Plein Air Salon, the International Salon Competition, the Oil Painters of America Salon (Award of Excellence), Oil Painters of America National (Honorable Mention) and the Art Renewal Center. Steven also had the privilege of being a part of a statewide traveling exhibition with the Virginia Museum of Fine Arts.
He has participated in several artist in residency programs in Michigan, Indiana, Iowa and Colorado. In 2014, he was selected to create the Ohio Governor’s Art Awards by the Ohio Arts Council and in 2015 he received honorable mention in the Southwest Art Magazine’s Artistic Excellence Competition.
Steven continues to work hard on the advancement of his career, with the assistance of his lovely wife Evelyn and studio assistant/daughter Poppy. Currently, his work is represented in Kentucky, Washington State, Ohio, Georgia, North Carolina, Virginia, Oklahoma and Washington, D.C.
“I should have quit years ago but that would have proven so many people right.” – SW 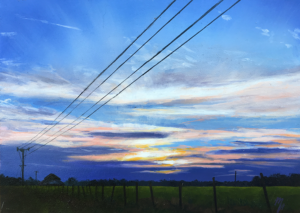 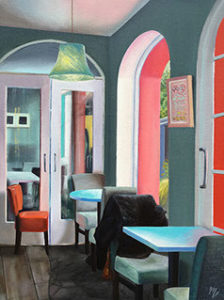 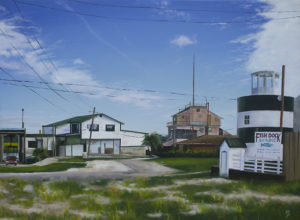 Mary Van Landingham is a traditional painter based out of South Georgia. With the use of oil paints, Mary specializes in creating lively and vivid imagery referencing the outside world. Her love and appreciation for the natural world is essential, and she strives to recreate scenes that embody a sense of both comfort and bewilderment.
Mary was born and raised in Nashville, Georgia, and developed an interest for art at an early age. While pursing a Bachelor of Fine Arts from Valdosta State University, she took an immediate liking to oil paints. She then combined her admiration for nature with her passion of oil painting, and began expressing places and perspectives that provide peace and familiarity. Mary has participated in juried exhibitions across the US such as CCHA “Art at the Mill,” TPCAC “Art of Being Southern,” and Randy Higbee Gallery 8th Annual “6’ Squared Exhibition.” Mary continues her endeavors as a full-time studio artist.