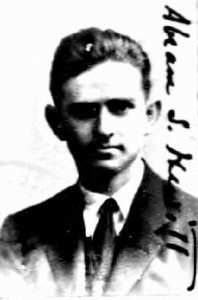 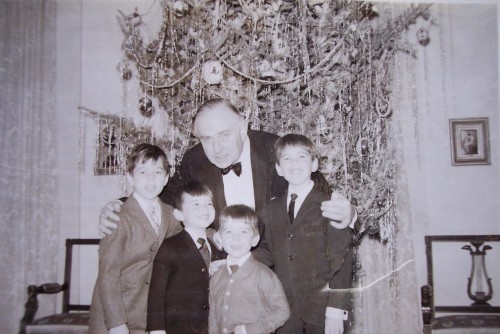 Abram Hewitt, with his sons, at Long Branch.

Born in 1902, Abram was a great-grandson of Peter Cooper and the namesake of his grandfather who was a pioneer in the iron and steel business, U.S. Congressman, and a mayor of New York who introduced a plan that would become the New York subway system. Hewitt’s father, Edward R. Hewitt, owned the Hewitt Motor Company which was acquired in 1912 by the International Motor Company, helping put Mack Trucks on the map through his engineering designs. His father is also credited as one of the greatest contributors in the history of fly fishing.

Hewitt started to breed horses in the 1920’s and focused on its practice his entire life, breeding a dozen stakes winners. His serial writings, “Sire Lines”, were published as a book in 1977 and updated in 2006.

In 1924, Abram married Louise Vanderbilt Schieffelin in a high-profile wedding. Tragically, in 1926 after suffering a nervous breakdown, Louise fell to her death out a window at their New York home. Abram went on to graduate from Oxford in 1925 and earned a law degree from Columbia University. As part of his close friend, President Franklin D. Roosevelt’s New Deal, Hewitt organized the Farm Credit Administration. Later, as a member of the Office of Strategic Services (OSS), forerunner of the CIA, he traveled to Sweden during WWII, gaining intelligence regarding the inner workings of the Nazi party and its key players.

Abram met his third wife, Dorothy, in London in 1951. They first moved to New York before coming to Clarke County in 1957. At this time, they renovated the run-down Long Branch estate, which lost a summer kitchen due to a roof collapse from heavy snow. The Hewitts rebuilt it as an office, paneled with pine from an old sheep shed razed on the property. They also worked to modernize the manor including laying a concrete floor in the basement, rewiring the house, installing new copper plumbing, adding the Master Bathroom, replacing the coal-burning furnace with a modern oil furnace and ductwork, and adding a wall in the east wing to create a small Library off the Dining Room.

Abram Hewitt and his wife raised their four sons at Long Branch along with cattle and horses. However, due to financial misfortunes in the 1970’s, the Hewitts sold the home in 1978. Despite his financial woes, Abram published a book on breeders, The Great Breeders and Their Methods, four years later.

After Abram and Dorothy sold Long Branch, they moved to Kentucky and later Jamaica. Abram died in his home in Port Antonio, Jamaica in 1987, leaving behind a legacy as an influential man in horse breeding.