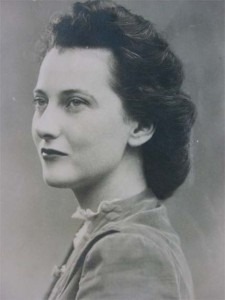 Dorothy Furey Hewitt was born in New Orleans, Louisiana on December 14, 1918. While working at a small weekly paper in 1936, she decided to get involved with what she called “the only justifiable war in [her] lifetime.” Upon deciding that flying would be her way to be useful during the war, according to her account she traded her Ford to pay for classes at the Maynard School of Aviation. After earning her pilot and flight instructor’s license in 1940, Roosevelt announced his Student Training program, which permitted any university student to get fifty hours of instruction free. This created an enormous demand for instructors, so Dorothy went to work as a flight instructor.

In the fall of 1941, upon hearing that Arthur "Bomber" Harris would be recruiting for the British Air Transport Auxiliary, Dorothy traveled to Montreal, Canada. Thanks to the aviation pioneer Jacqueline Cochran, Dorothy became one of the first twelve American females to be hired by the British ATA, and was sent overseas.

Once in Britain, Dorothy ferried planes for the Royal Air Force, back and forth from factories to airfields near Southampton. She married Richard Bragg in June 1942, but he was shot down within weeks of their wedding. In 1944, Dorothy became ill and had to stop flying. During the war, she met David Field Beatty, 2nd Earl Beatty, and became Countess upon their marriage in February 1946. She had her first son, David, in 1946, but the couple divorced by 1949. Two years later she met Abram Hewitt. They married and moved to New York where they had four sons.

In 1957, the Hewitts came to Clarke County and purchased Long Branch from the Nelson Family. Here they raised their children as well as horses and cattle. After their time in Long Branch, they went to Kentucky and then Jamaica, where Abram Hewitt passed away in 1987.

Six years after he husband’s death, Dorothy returned to Clarke County and purchased a house on the Blue Ridge, where she lived quietly, still traveling extensively until ill health slowed her down. Priding herself on a varied and interesting life, Dorothy took up scuba diving at the age of 77, married Kent Miller in 1998, and continued to travel across the globe in her final years. She passed away at Winchester Medical Center, Virginia, in 2006. She had been described by her husband Abram Hewitt as “the bravest woman I've ever known".