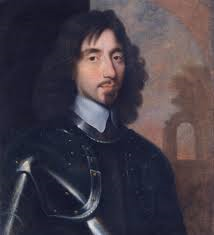 Although Thomas Fairfax, 6th Lord Fairfax of Cameron, was born generations before Long Branch was ever constructed, his impact on the land of the Shenandoah Valley is undeniable. Fairfax inherited the Culpepper family estates in 1719, at the age of 26. Situated between the Rappahannock and Potomac Rivers and including a large portion of the Shenandoah Valley, the land totaled 5,282,000 acres. Living in Leeds Castle in Kent at the time and acting as an absentee landlord, Fairfax employed Robert “King” Carter as land agent to collect rent from planters who settled in the area. After Carter’s death in 1732, Fairfax learned that the intermediary had retained a large percentage of the rent for himself and decided to travel to Virginia for the first time to oversee his property himself.

When he arrived in Virginia, Fairfax was finally able to address an ongoing dispute over the ownership of a large portion of his land. Robert Carter claimed that some of the land inherited by Fairfax in 1719 was in fact the property of his own family. King Charles II had appropriated the land to Fairfax while Virginia Governor William Gooch had maintained that the land belonged to settlers from northern colonies, including the Carter family. When Fairfax assessed the land, he decided that the land did indeed rightfully belong to the settlers. This decision was far-reaching, but in present-day Clarke County it authorized the Carters to remain on the land that would later become Long Branch Plantation. The plantation would remain in the hands of direct descendants of Carter until 1957.

Fairfax’s decision to grant the land to settlers led to exploration of the land west of the Blue Ridge. Realizing that settlers were likely to continue exploring western territories, he wanted to produce a map of the uncharted area. He commissioned the sixteen-year-old George Washington—a distant relative—to survey the land. Washington’s success in carrying out the assignment eventually launched his career as a military leader.

After living in northeastern Virginia for five years, Fairfax moved to the Shenandoah Valley in 1752. He found permanent residence in a hunting lodge at Greenway Court in Clarke County. Here, he served as county lieutenant and justice of the peace for Frederick County, which at that time included Clarke County. He died at Greenway Court less than two months after the end of the Revolutionary War.