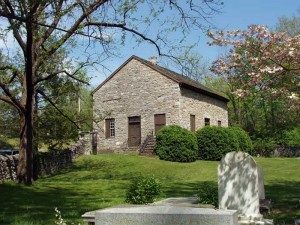 Philip Nelson, along with his wife Sarah Burwell, the older sister of Robert Burwell, lived in Long Branch after inheriting it upon Robert’s death in 1813.  It was during his time at Long Branch that Nelson became one of the leading planters in the area, and saw the peak and decline of the Shenandoah Valley as a leading wheat-growing area of the US.

Born in Yorktown in 1766, Philip was the third child of Thomas Nelson Jr and Lucy Grymes.  Philip’s father is most well known as a revolutionary – among other things, the governor of Virginia who succeeded Thomas Jefferson, and a signer of the Declaration of Independence. Thomas’s figure is memorialized in bronze as part of the George Washington Monument on the Capitol Grounds in Richmond, VA.  Philip is also a direct descendent of Nicolas Martiau, the earliest American ancestor of both himself and President George Washington.

Philip married Sarah Burwell in 1789 at the age of twenty-three.  The young couple moved to the Shenandoah Valley at the request of Nathanial Burwell, the first Burwell in Clarke County, and co-founder of Millwood’s historic Burwell-Morgan Mill. It was here that Philip operated a store for Nathanial.  He also filled in as lay reader for his son-in-law, the noted Episcopal bishop William Meade, at Old Chapel in Millwood, VA. Meade described Nelson as a “consistent Christian” with “a most melodious and powerful voice,” having “a happy and cheerful disposition, always looking at the bright side of everything.”

Philip Nelson was quite political in his time in Clarke County.  He served as a Justice of the Peace for Frederick County (akin to a member of the board of supervisors today). He also supported President-to-be Andrew Jackson and his policies. When Nelson lived in Long Branch, a dispute over trade routes and methods along with the method of funding a new courthouse in Winchester, divided the county. The merchants and farmers in the West favored federally funded projects while the East expected private companies to fund these changes. Due to this rift between the people, the eastern portion of Frederick County petitioned and later became Clarke County in 1836.

As for Long Branch, Philip and Sarah Nelson, along with their children, operated a girl’s school here in the 1830’s. Due to rough economic conditions in 1825, 1837, and the early 1840’s, Philip Nelson sold Long Branch to his nephew, Hugh Mortimer Nelson, in 1842. The couple purchased the nearby Rosney estate, where they had previously lived and where their sons had opened a school for boys. It was there that they lived out the rest of their lives with 8 other members of their family, including their 4 daughters who continued to operate the school.

Philip Nelson died in 1851 at Rosney, and is buried at the Old Chapel Cemetery in Millwood. He was a religious man who suffered from blindness and deafness near the end of this life, but, according to Meade, he bore his ailments “with the utmost patience, humility, and contentment.” Philip’s son William would pass away less than a month later. His wife, Sarah, and daughter Lucy followed, within a month of each other as well, in late 1856.